You are at:Home»News»WA Wine Show Winners 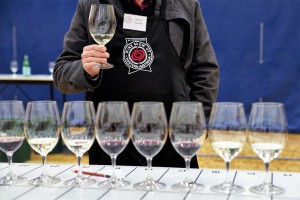 Margaret River winery, Stella Bella won the top award at the Wine Show of Western Australia with its 2017 Shiraz taking out the Singapore Airlines Trophy from a field of nearly 850 WA Wines.
The awards were presented at a lunch at West Cape Howe Wines in Mt Barker. This year saw 834 entries from a total of 115 producers representing all of WA’s nine wine regions.
The most successful exhibitor overall was Cherubino Wines which won the Air Liquide trophy, and Porongurup winery Castle Rock Estate won the Winequip Trophy for Most Successful Exhibitor processing under 250 tonnes.

A standout this year was the 2017 Chardonnay class which had 108 entries and eight gold medals, with Blackstone Paddock 2017 Limited Release Chardonnay winning Best White Wine of Show.
This year marks the 41st Wine Show of WA which saw the electronic ‘Show Runner’ system being used for the second time. This program was developed by the Australian Wine Research Institute and resulted in an efficient judging system with 592 medals being awarded to 832 wines judged, with 340 bronze, 166 silver and 86 gold.
Celebrated Singaporean wine judge Lim Hwee Peng joined new chief judge Tasmanian winemaker Samantha Connew and her team. Ms Connew said it had been another strong showing for West Australian wines.
“The results from this year’s show demonstrate the diversity and strength of recent vintages in WA with one of the standouts for me and the judging team being the exceptional 2018 Rieslings with six gold medals being awarded out of a field of 44 wines,” she said
“These wines show a breadth of different styles from classic linear purity to funkier, slightly worked wines. Whilst we expect both Chardonnay and Cabernet Sauvignon to be world class in this Show (and they undoubtedly were), other varieties and styles put in a strong showing. Malbec impressed both as a straight varietal and as part of blends, showing the regional promise of this variety for the future.
“Some lovely 2017 Shiraz demonstrated real purity of fruit with deft winemaking guiding the way in terms of vibrant, medium-bodied wines with judicious use of oak and stems. A stunning Grenache Shiraz Mataro blend displayed similar characteristics with beautiful perfume and generosity.
“The 2017 Chardonnays were a very strong field as always and with the cooler vintage showing through in tighter, more coiled wines, these will provide good drinking for some time to come.
“Finally, it was pleasing and very apt to be able to award the Gladstone’s Trophy to a fortified, a nice nod to the Swan Valley and its historical contribution to the WA wine industry.”
Panel Leaders included: Courtney Treacher from Brookland Valley Wines; winemaker Kim Horton from Willow Bridge and winemaker for Balnaves of Coonawarra, Peter Bissell.
As well as international judge Lim, judges included WA winemaker Damian Hutton, wine writer Patrick Haddock, McLaren Vale winemaker Rob Mack and Margaret River winemakers Kate Morgan and Brendan Carr.
Beginning in 1978 as part of the Mount Barker and Districts Agricultural Show, the Wine Show of Western Australia has grown to become a separate and distinguished event which annually determines the best of Western Australian wines.
From only six classes in 1978, the show has grown to 39 classes and 24 trophies including the prestigious Singapore Airlines Trophy for Best Wine of Show.