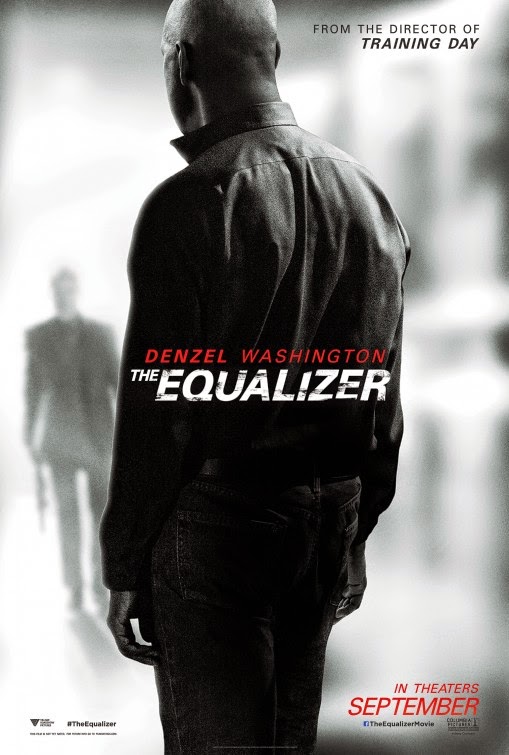 In a return pairing of director Antoine Fuqua and actor Denzel Washington, The Equalizer gives us a film of extreme violence, an unrelentingly intense tone, non-stop action, extraordinarily evil antagonists, and a protagonist of unfathomable physical and mental prowess. It’s a film that takes the concept of a bad ass Denzel Washington to a new, almost Liam Nesson esque level with its absurdity. It’s entertaining, yet emotionally manipulative, clichéd, and rather simplistic.
It almost goes without saying at this point, but Denzel Washington gives a powerhouse performance. He takes his otherwise thinly sketched character, and gives him nuance with his mannerisms, and intimidates in a visual sense like perhaps no other actor. He anchors every scene he’s in, and delivers dialogue in a way that makes one hang on every word. Director Antoine Fuqua does a good job playing to these strengths, keeping the focus on Denzel and giving us a tone that accentuates the on-screen violence, appropriately atmospheric. The cinematography is top-notch, framing the scenes to heighten the tension and direct dramatic focus.
Where The Equalizer fails is on a narrative level. The clichés are never ending and unabashedly telegraphed. We see the emotional beats coming before the happen, know exactly where the film is going, and thus have no real sense of stakes. The characters have no depth, save Washington’s character (due solely to his performance), and are sometimes almost comically one-note, such as the affably insecure security guard. The entire arc of the story never feels real, the meeting between Washington and Chloe Moretz (in a poor performance) is forced, and the ensuing violence completely contrived.
Furthermore, the film has no sense of realism. Washington’s character kills inexplicably with absolute perfection, making him more a superhero than a man. He somehow creates intricate plans on a dime, and anticipates moves absurdly ahead of time. He appears at will and with no real effort. This is all fine as long as there is some sort of underlying vulnerability to keep us enthralled and invested in his arc, yet we know all along the outcome.
In the end, it’s a film that’s fun, but suffers from a noticeable lack of substance.