You are at:Home»Cafes and Restaurants»8 On The Point 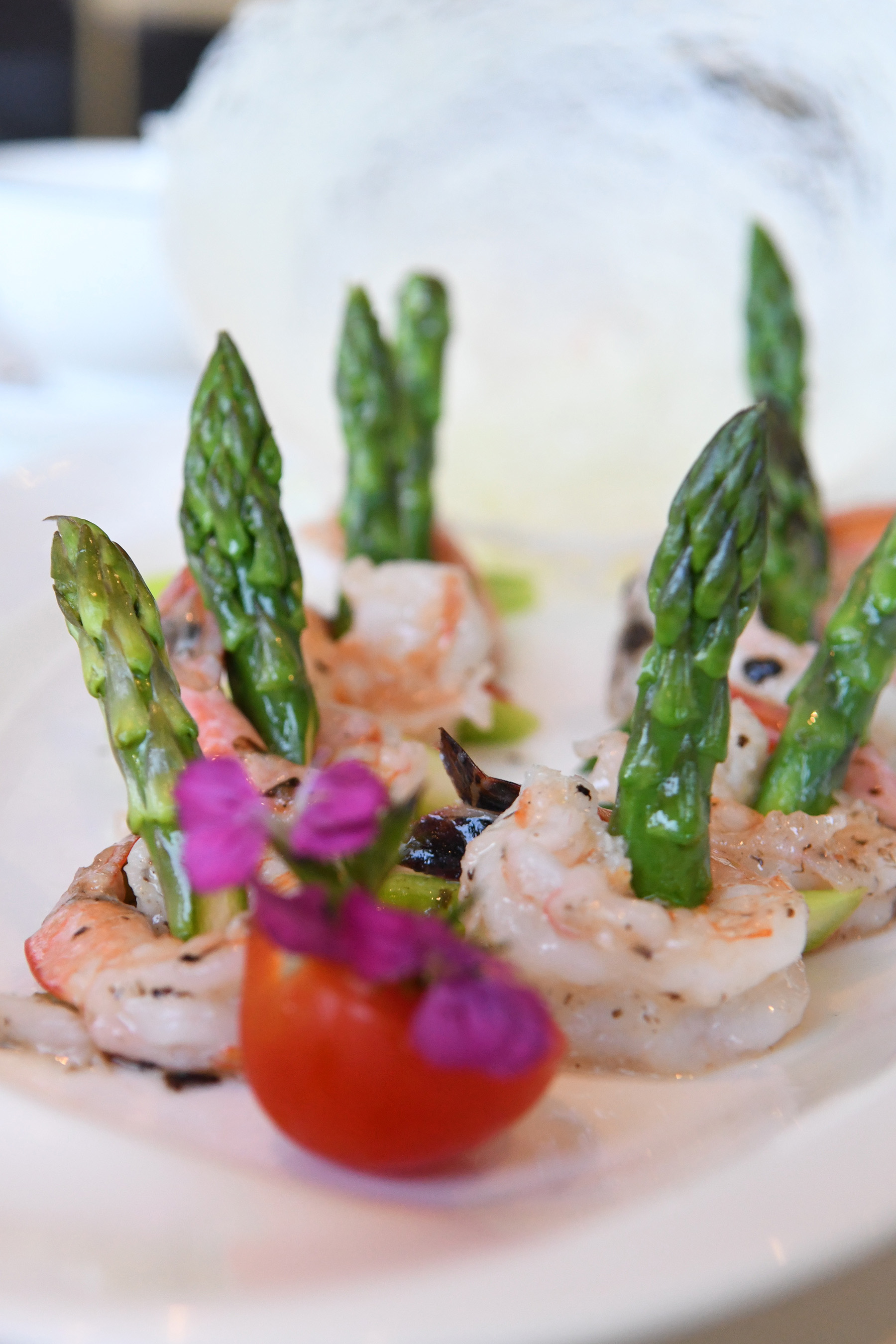 Ph: (08) 9221 2288
www.8onthepoint.com.au
Riverside imperial dining
With a welcoming sweep along the Swan River, 8 On The Point invites diners to indulge in their sense of place long before their chopsticks are even poised. Set on a secluded spot on the river in the same complex as Ku De Ta, the river current takes away the city blues, despite the CBD humming just moments away.
The tranquil setting connects diners well to the environment; an appropriate pairing to a menu bursting with freshness thanks to the daily deliveries of produce. Unlike the usual red lantern affair – fine china, glassware and crisp white tablecloths set the tone for a fine dining experience. As in traditional Chinese dining customs, dishes are shared on round tables; ideal for the joyous groups of families and friends gathered around. 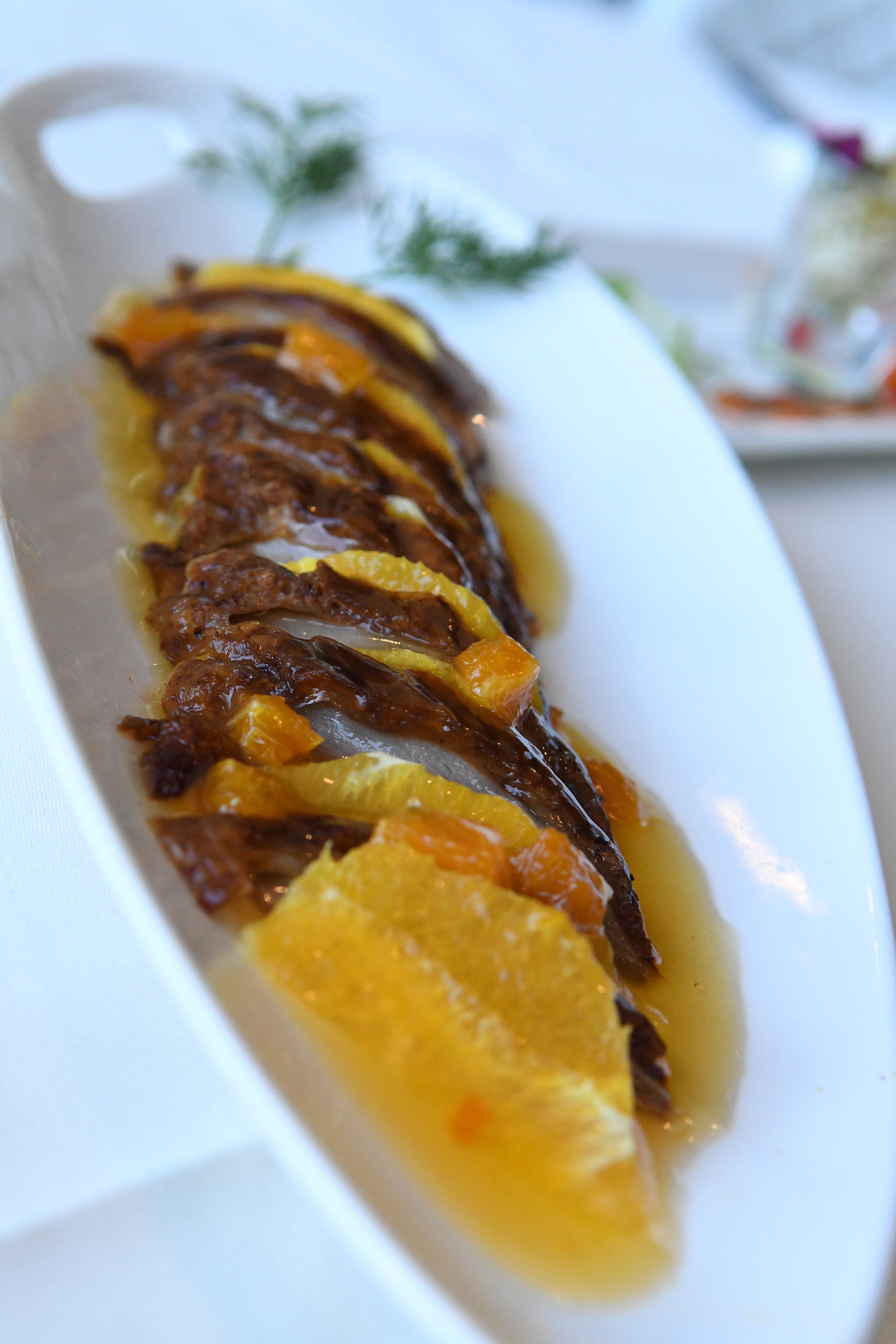 During the day, the mood is relaxed yet efficient, as dim sum trolleys tempt one, alongside the a la carte menu. As the sun descends, the mood turns dramatic to accompany a menu with highlights such as oysters, truffle, Peking Duck, abalone, crab, crayfish and Patagonian toothfish. Imperial cuisine in China demands that only the finest and freshest ingredients are used, and we were given the royal treatment.
The dishes arrived in quick succession in a kaleidoscope of colour and textures. Pumpkin seafood soup sweetened the palate with scallops, prawns and coral trout. The Palmer 2016 Sauvignon Blanc Semillon (Margaret River, WA) cut through the sweetness, bringing out the seafood in short bursts of flavour.
Crunchy asparagus spears stood to attention within the embrace of sweet Shark Bay King Prawns and shavings of Mt Barker truffle, and the cherry tomatoes and flower petals popped against the fleshy prawns and whiteness of the plate. Served with a rice noodle bowl, it was a crispy alternative to rice and an innovative twist on the Australian tradition of eating rice with the main meal. Interestingly, in China rice isn’t offered until the end of the meal and only eaten if still hungry.
Next up, jumbo tempura oysters adorned with petals delicately balanced in shot glasses. They burst into succulent life when 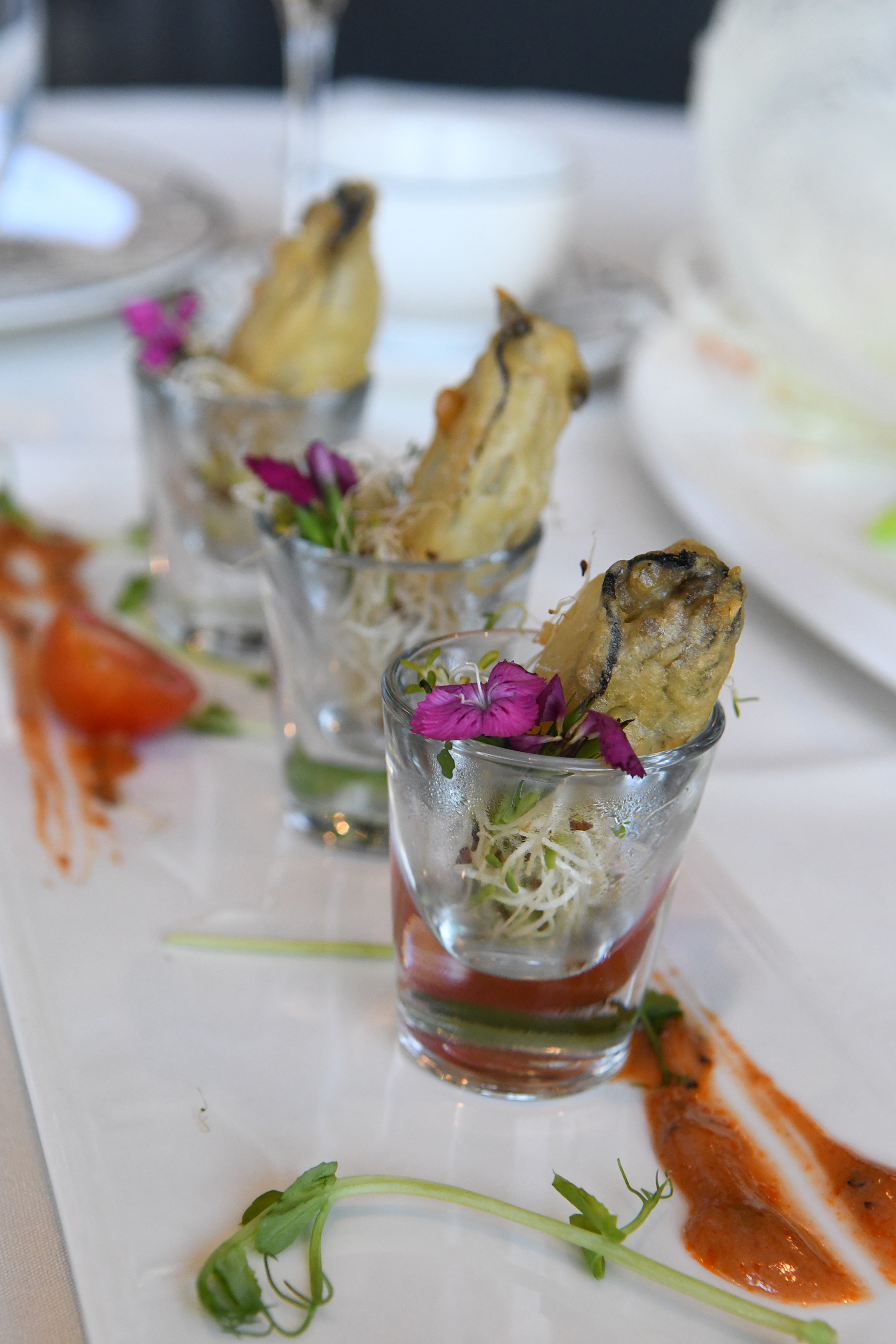 sipped with the Palmer 2013 Merlot (Margaret River, WA).
The absolute standout dish was the crispy skin duck in orange sauce. You think you’ve had this dish before, right? Chef Chan’s version is quite possibly life-changing. It’s marinated overnight and then baked in five-spice, salt and a secret Chinese recipe he wasn’t (quite rightly) willing to share. Adorned with a concentrate of orange sauce comprising of cognac, sugar, brown vinegar, salt & pepper and mixed with orange juice there were tiny pieces of orange almost disguised as marmalade, only infinitely more exquisite, as they delicately floated around the plate.
Swirled around the palette with the Palmer 2013 Merlot Margaret River, vanilla and chocolate notes (the secret ingredients, perhaps?) play upon the tongue. It’s like a Jaffa has exploded in our mouths
Our climatic finale was cooled by the river breeze; the ultimate afternoon delight.
By Carmen Jenner
Let us know what you think about this venue by leaving a comment on our Facebook page!