You are at:Home»News»Positive Signs for Tourism and Hospitality Jobs in WA 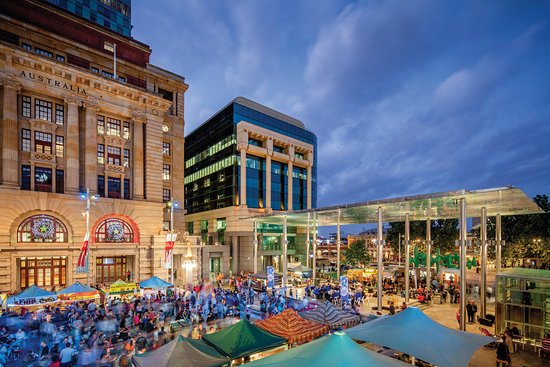 The number of overseas visitors to Western Australia grew last year by 12.4%, higher than the national rate of 11.2%, bringing approximately 105,000 more visitors to WA. New International Visitor Survey data released by Tourism WA revealed the growth in international visitor numbers to WA in 2016 was driven by holiday makers and those visiting friends and relatives.

AHA(WA) CEO Bradley Woods recognised Premier-elect Mark McGowan’s plans to continue this momentum in growth, placing tourism and job creation in the hospitality industry as a priority for the state’s economic future.

“70% of jobs in the tourism industry are generated by the hotel and hospitality sector. Any change in tourism visitation has a direct and immediate proportional effect on jobs in our sector.

“One of the fastest ways of reducing WA’s high unemployment is to stimulate visitation to WA and Labor’s plans for Tourism in WA will help achieve this.

“Now is the time to be ramping up destination marketing, to make sure WA stays on the international stage, especially in the eyes of our closest neighbours in Asia,” said Mr Woods.

Western Australia’s top inbound markets for 2016 were the UK, Malaysia, Singapore, USA and China. Visitors from Malaysia increased in 2016 by approximately 36%. WA also received a very good share of the total number of Malaysian visitors arriving in Australia – 32%.

“Asian engagement is critical as there is untapped potential to increase visitors to WA from the region. Right now, the West only receives around 4% of Chinese holiday-makers who come to Australia – there’s a lot more room to improve.”

An increase in leisure visitors offset a decline in the working holiday sector, bringing the total number of international visitors to approximately 954,000 people.