You are at:Home»News»Perth Royal Olive Awards 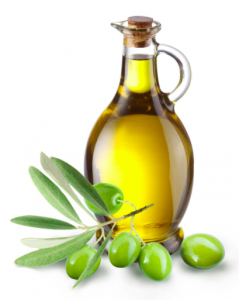 Judging of entries in the 2018 Perth Royal Olive Awards is about to get underway.
Chief Judge Isabelle Okis and her team of judges are gearing up to scrutinise around 100 entries from across the country. The majority of entries are Extra Virgin Olive Oils, but the competition also includes flavoured olive oil classes, with an enticing range of flavoured olive oils this year.
Entries have been received from all olive growing regions, from the northern-most groves near Geraldton to groves as far south as Esperance on the South Coast. A number of entries have also been received from the ACT, NSW, and Victoria.
Chief Judge Isabelle Okis said “After a bumper year for most West Australian olive growers, the 2018 harvest indicates the quality of oil is excellent. This year’s climatic conditions should deliver some delicious fruity and robust extra virgin olive oils.”
Judges will sniff, swirl and taste their way through the entries on August 25 & 26, and a selection of award- winning oils will be on display and for sale at the Perth Royal Show – Taste WA, from 22 – 29 September.
Award winners for olive oils will be announced at a promotional event on 16 September 2018 at the Hyatt Regency.