You are at:Home»Beer»Perth Royal Beer Awards 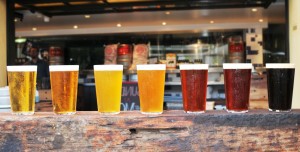 The Royal Agricultural Society of WA has superseded all expectations with the positive growth of entries and exhibitors for this year’s Perth Royal Beer Awards, with two days of judging for the 2018 Awards set to begin Sunday 1 July.
Held at the Claremont Showground, over 700 entries (an increase of 23% from 2017) will vie for Trophies, Gold, Silver and Bronze medals, with winning announcements to be made at the ticketed Perth Royal Beer Awards Presentation Evening on Friday 13 July in the Showground’s iconic Wilkinson Gallery.
The awards, presented by the Royal Agricultural Society of WA, has historically attracted approximately 600 entries from commercial, mid and small sized craft breweries, microbrewers and home brewers. The 70 plus categories provide for a broad range to enter and with the introduction of the Beer Awards first ever Beer Carnival, which showcases the winning beers in a full carnival atmosphere, entrant numbers have risen way above RASWA’s expectations.
Held on the 14 and 15 July, the Perth Royal Beer Awards Carnival is the best chance ticket holders have to taste the absolute best award-winning beer in the industry. Serving up the 2018 Gold Medal Winners, plus over 35 other breweries such as Cheeky Monkey, Little Creatures, Black Brewing Co, Boston Brewery and Gage Roads to name but a few.