You are at:Home»News»Oyster proposal in the Gascoyne 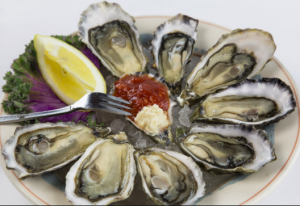 Andrew Forrest’s Minderoo Group has recently announced an exciting new project in the Gascoyne region, to sustainably farm Western Rock Oysters along a 60 kilometre stretch of coastline south of Carnarvon.
Two year trials are due to commence within the World Heritage-listed Shark Bay Marine Park later this year, following environmental approvals. While the total scope of the operation will be less than 1% of Wooramel Banks area, once up and running volume is expected to be greater than that of Tasmania’s entire harvest.
John Hartman is Minderoo Group’s spokesperson on the venture. In an interview with the ABC’s Michelle Stanley, Mr Hartman said if an initial trial was successful, the group would be looking to supply oysters across Australia and into Asia.