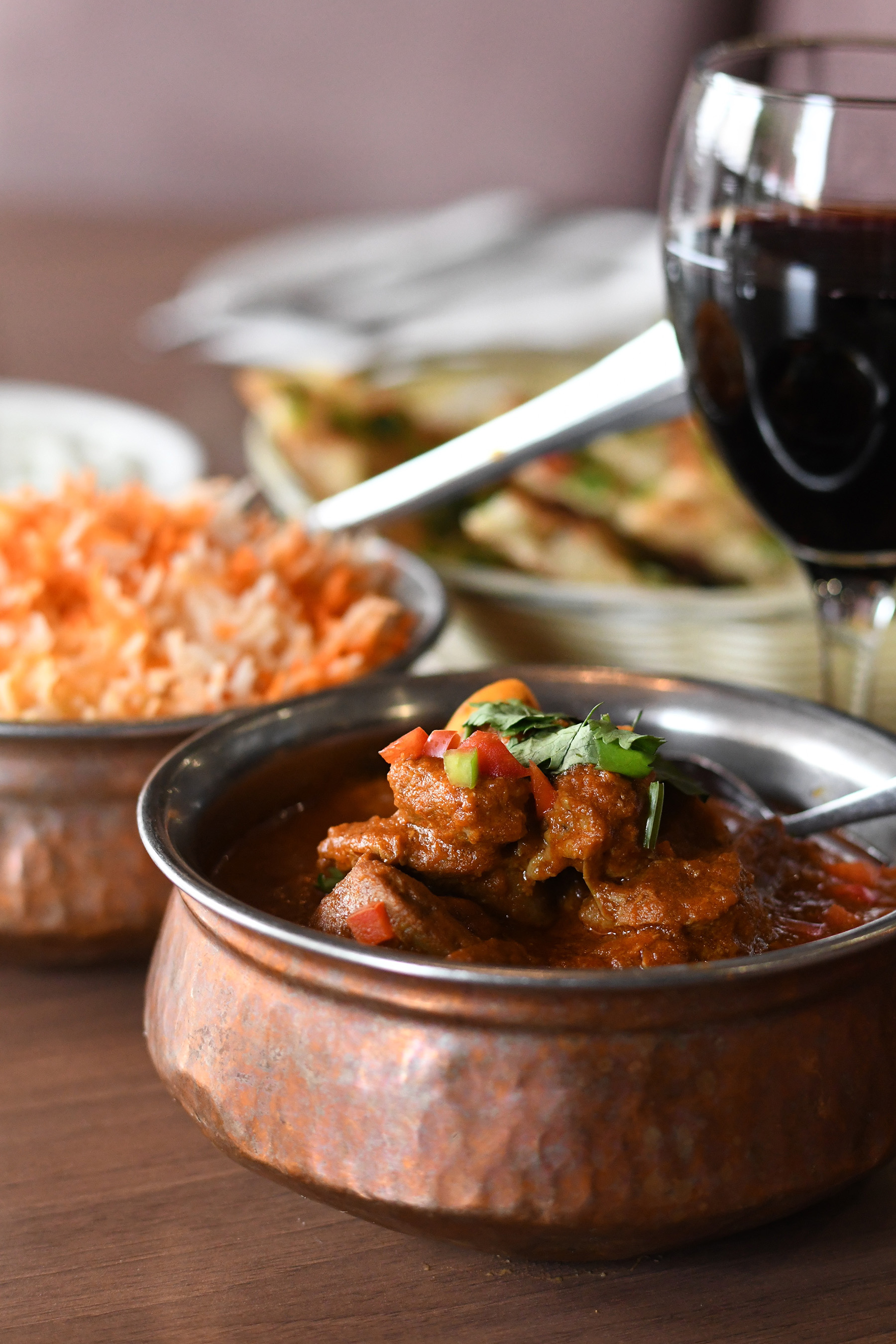 EAST VICTORIA PARK
Ph: (08) 9472 0277
www.cinnamononthepark.com.au
Old Place New Face
When I walked into Cinnamon Vic Park I was impressed by the ambience and the lovely jarrah floors and exposed brick walls. The side room once had a tram track going through it. When I went to the restrooms there was a gorgeous mosaic floor which was well worth a look. There was Indian music playing and I was ready for an Indian feast.
There was a wonderful feast laid out but I could only eat so much. We began with the Butter Chicken, a Tandoori roasted boneless chicken in a tomato-based cream rich makhani sauce. It is one of the famous dishes here and was delectable, soft and creamy with a hint of spice. 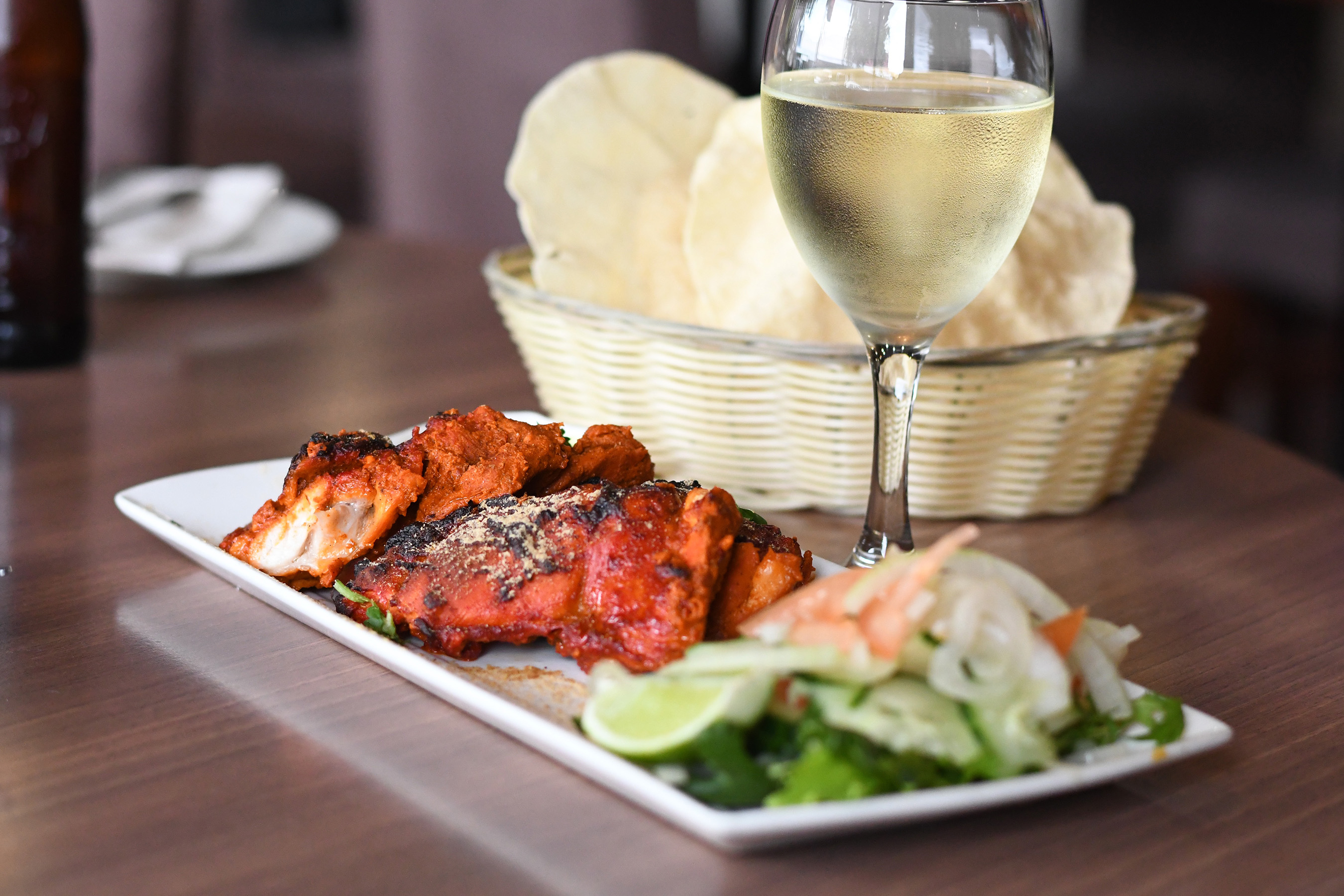 In the middle of the table were four different sauces and Sabita, the owner’s wife, recommended the mixed pickle, homemade with mangoes, carrots and chillies. It was not hot – more of a sweet sauce – and combined perfectly with the chicken.
With all our meals we had saffron basmati rice, lots of pappadams and plenty of naan bread as well.
The next dish we tried was Beef Rendang which originates in Indonesia. They use coconut milk and numerous spices which gives it a complex and unique taste. The meat was tender, with gentle spices and a flavoursome sauce. We ate it with the mango chutney which suited it very well. We tried the 2014 Juniper Crossing Cabernet Merlot (Margaret River, WA) with ice which was perfect with this curry.
My favourite was the Baby Goat Curry, cooked in the chef’s special herbs and spices and served with yoghurt and mint. It’s the other house specialty and was delicious with the chilli pickle, accompanied by the 2015 Babich Black Label Pinot Gris (Marlborough, NZ) with ice, which was a great match.
The Indian Godfather High Power beer was a natural match with the curries as well. 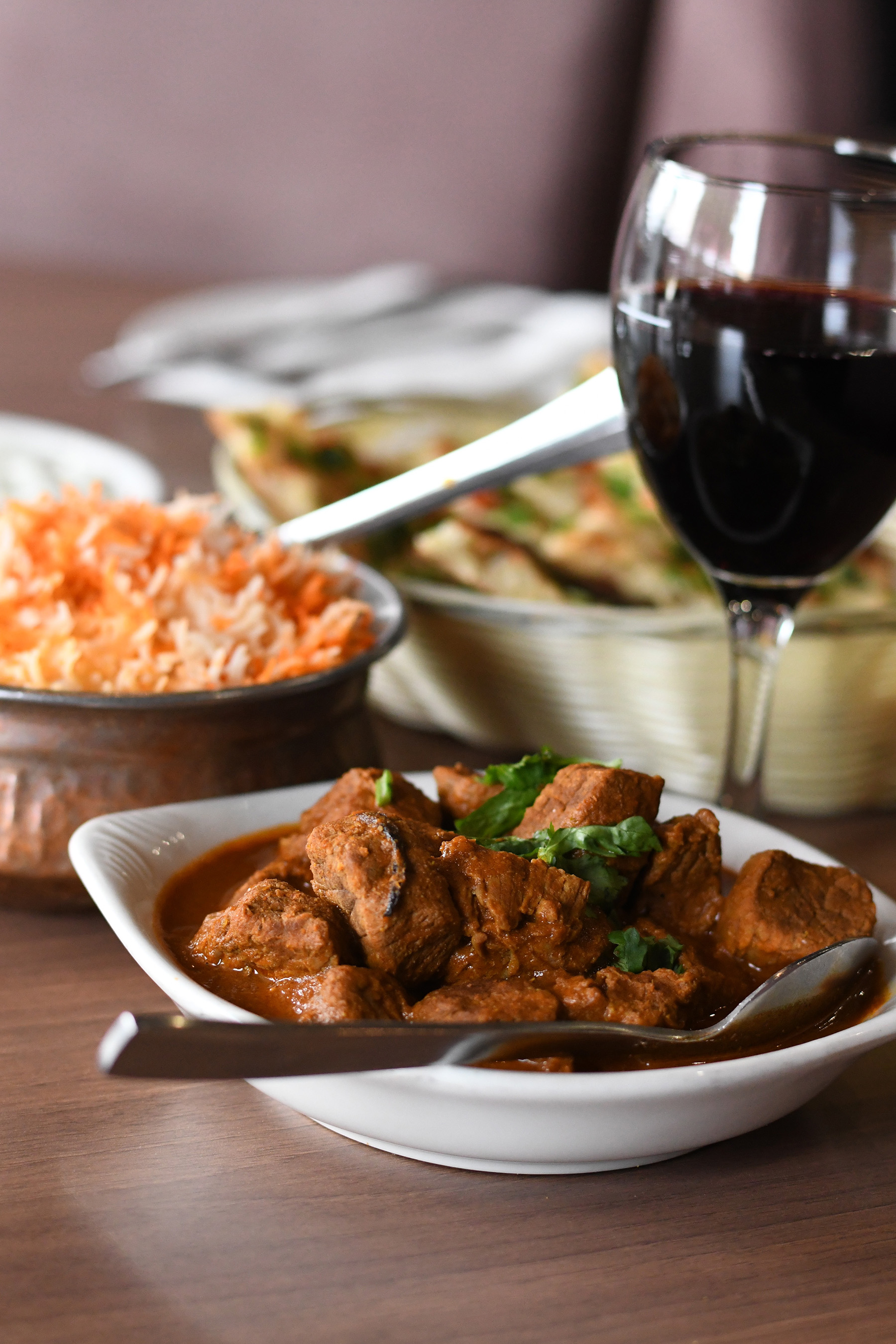 The new owner Pannir Selvam M Ganesh, who has been with Cinnamon from the beginning, spoke with us passionately about the restaurant. He took over two and a half years ago and under his direction the restaurant has won the 2017 Consumer Votes Award, across all restaurants, and was a 2016 Finalist in the Consumer Votes Award.
Pannir was born in Malaysia and came to Australia in 2004. His grandmother was a big influence in the naming of the restaurant as she said that cinnamon was a very valuable spice once, more valuable than gold, and people would travel from Europe to buy it.
Cinnamon is setting up a permanent buffet which you can select from if you choose, rather than ordering just one or two dishes, and will deliver your orders for free.
By Francis Myshell
Let us know what you think about this venue by leaving a comment on our Facebook page!