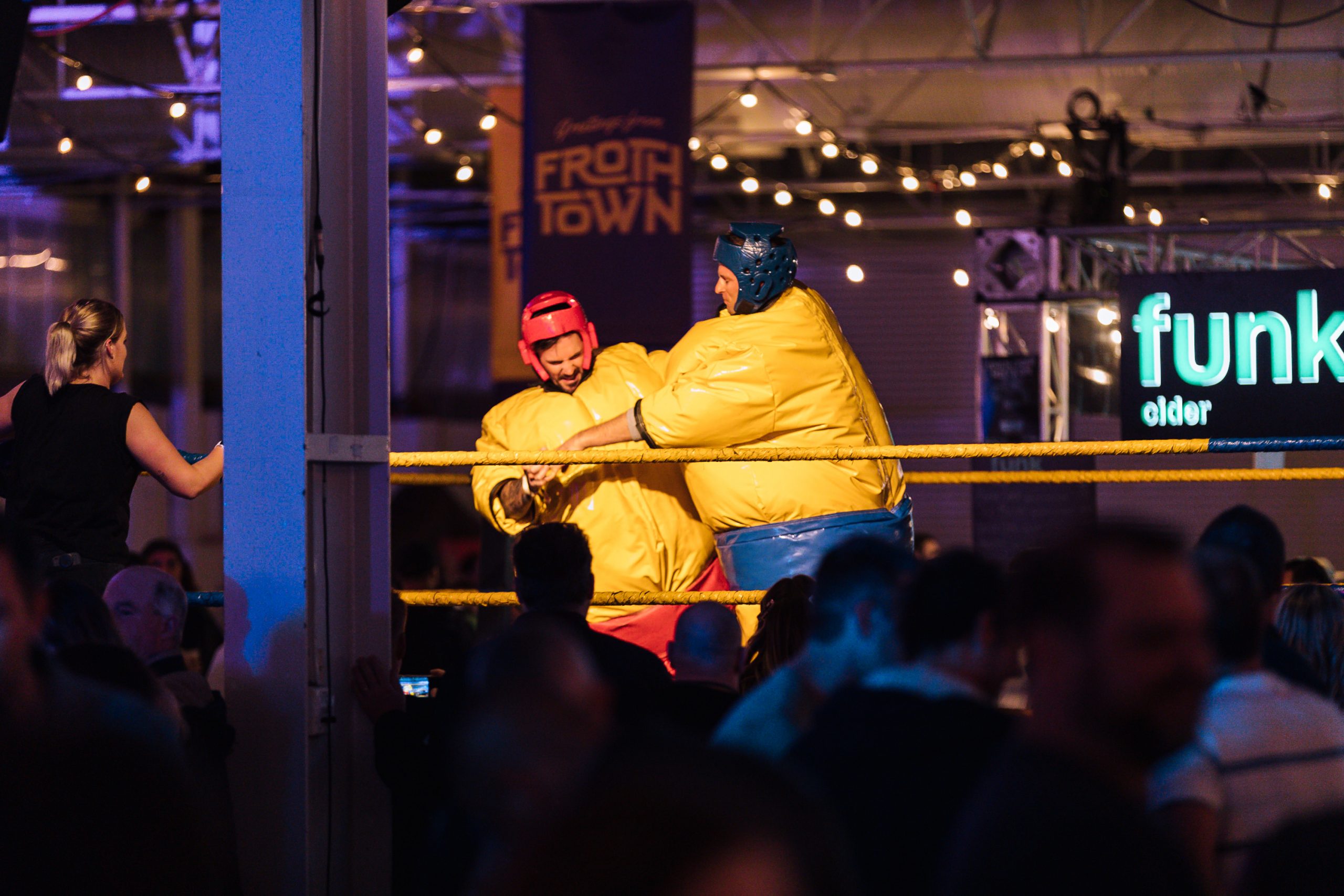 For those who enjoy a weekend filled with beers, booze, food, games, rides, live music and plenty of entertainment – buckle in because Froth Town is returning with a barrel of good times at Claremont Showgrounds.

Chris Bausor, Bar Pop Director, advises the most exciting thing for him aside from the festival brews is being able to bring fresh and new brands that punters may not know about or tried before.

Since 2020, there’s been a couple of festival features that have had to be spared due to the pandemic but Chris reassures that patrons will see the re-introduction of some festival must haves.

“We’re able to bring back the IPA Glass that patrons use to get with every ticket which has always been an integral piece of the festival. We’re thrilled to be collaborating with Rocky Ridge Brewing Co in creating these for 2022.”

“Another massive comeback is live music! We have the ACDC Tribute Band headlining F*Yeah Friday and Daryl Braithwaite headlining Saturday-For-It which are huge additions and no doubt will make both sessions a bloody vibe,” Chris reveals.

Whether it’s after work frothies on Friday, soaking up the sun with family on Saturday or sending it at night, there’s a Froth Town experience for all.